Geology of the "Pale Mountains"

Dave Schumaker at Geology News is asking "What is your favorite place to do field work?"

Maybe it’s the variety on rocks that can be found on a place – from crystalline basement, to permo-mesozoic marine and terrestrial sediments to the quaternary cover:

"Once, all mountains in the reign of the Dolomite Mountains were dark peaks, with sheer rock walls, belted by dark forest and rich pastures. 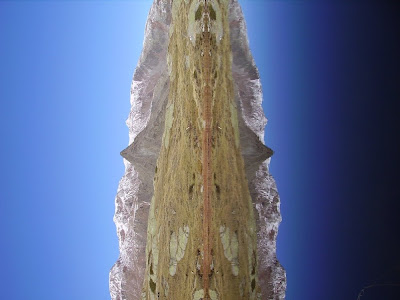 Then one day, the prince of this kingdom encountered a beautiful girl, and felt in love with her. So did the girl. After some time, they decided to marry. The first time they were very happy, and when the old king died, they become king and queen. But one day the girl went sick and weak. The prince worried, and asked her was happened. The girl explained, that she was the daughter of the moon, and were missing the vast and white plains of her native kingdom – and if she did not return, she surely will die by this desire. So the prince decided to go with her and they returned to the moon. But the light on the moon blinded the poor prince, and he had return to earth. Sad and hopeless - missing his beloved- he wandered into the forest, and encountered dwarf. He told the dwarf his problem, and the dwarf responded:” Listen carefully, young prince, I’m the king of dwarfs, and my people was banished long time ago from his land, and we are searching for a new home. If you will promise, that we can live on the peaks of your kingdom, we will solve your problem.”
The king gave his word. In the night the dwarf people climbed the peaks of the mountains, and begun to weave the moon light, and cover the dark peaks, so it seemed that they were covered by snow. 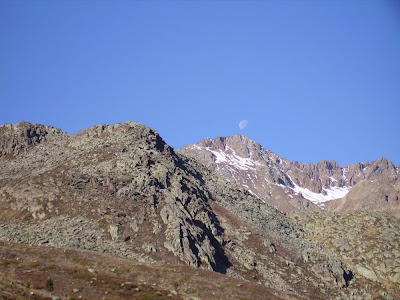 The next day, the king, seeing the white peaks, enjoyed, and his queen returned to earth. And so the Pale Mountains - the Dolomite-Mountains - between dark peaks came to being." 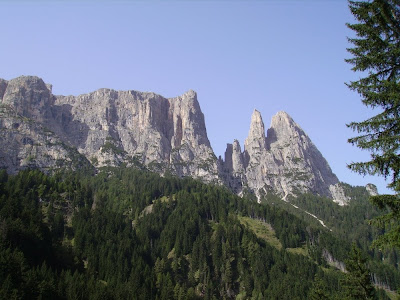 This old ladinian (from the old folks living in the valleys of the Dolomites) myth tries to explain the variety of landscapes and rocks found there. But even the geological (his)story is fascinating, ranging from sunburned deserts to swallow lagoons to a frozen wasteland.

The Alps on a geological basis comprises rocks originating from two continents: The European continent to the north with the subsequently separated Penninic units (aquamarine blue and pink in the One Geology cartography project map); and to the south the Adriatic or Apulian microcontinent, a fragment of Africa, with its Austroalpine (dark red) and Southalpine units (violet). Due the Alpine orogenesis, the various units today lie side by side in a very confined space. The diversity of rocks also causes their strongly differentiated reactions against weathering and erosion, as well as against glacial abrasion during the Ice Age – and so a reason for the pronounced diversity of the alpine landscape.

An approximate bipartition in the eastern Alps is caused by a mayor fault system, the Periadriatic Line, separating the Austroalpine in the North, predominated by metamorphic rocks, from the Southalpine, mainly magmatic and sedimentary rocks.
The basement of the Southalpine unit consists predominantly of a monoton succession of quartz phyllites of the Paleozoic era.
Towards the end of the Paleozoic increasing magmatic activity started, one part of the melts remained struck in 12 km depth where it solidified; the other part reached the surface and covered enormous areas with volcanic deposits. This “Permian Athesian Volcanic Group” forms a solid fundament for the Mesozoic sediments that build up the “Pale Mountains”. 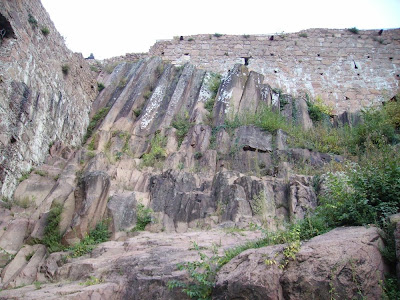 The next day, the king, seeing the white peaks, enjoyed, and his queen returned to earth. And so the Pale Mountains - the Dolomite-Mountains - between dark peaks came to being."

Wow David. And all this time I had the impression they were cyclic carbonates :-)